Why Do Car Accident Insurance Claims Fail To Settle?

Car accident victims who have been injured due to someone else’s negligence are often entitled to compensation from an insurance company.   The fact is that most cases settle outside of the courtroom, due to the time and expense involved for both sides in bringing a court to trial.   It is often in the best interest of both parties to settle on a reasonable amount of compensation to settle the claim without being dragged into court.  This being said, there are particular situations and circumstances that prohibit some cases from settling, and require the court to resolve.     So, what are the reasons that some cases fail to settle? The Insurance Company Denied The Claim

The Settlement Offer Was Inadequate

Another reason that a personal injury case will fail to settle is because the the insurance adjuster offers an inadequate settlement offer.  It is common that the first number thrown on the table by an adjuster is insufficient, in an effort to limit payouts on claims.   This basic negotiation tactic of ‘start low to stay low’ is common, but if they refuse to negotiate up from their initial low offer, an impasse is often reached in negotiations.  In some cases, due to either the adjusters tactics or attitude, the adjuster will refuse to compromise, or offer a reasonable amount.  When an insurance company refuses to offer a reasonable settlement offer, the ball is back in the clients court to decide whether  it is worth the time and money involved in pursuing it further. What Can Be Done?

In the event that an insurance company denies an claim or fails to come up with a reasonable settlement offer, the accident victim is left with the decision of how to proceed.  Although there are instances where the denial or unacceptable offer are legitimate, there are other instances where the insurance company uses this tactic hoping that the victim will feel frustrated or hopeless and give up. If the victim has a good case, and wants to proceed, a personal injury attorney can file a lawsuit and begin the process of bringing the case to trial.  Often times, the filing of a suit can resume the negotiation process, as both sides are now in the position of having to spend time and money to prepare for trial.   Sometimes, filing the case is all that is required in order to get the adjuster to take the claim seriously.

If you or someone you know has been involved in a car accident, don’t hesitate to Contact Attorney Denton by phone or email for a free consultation.  Only an experienced personal injury attorney will be able to tell you the value your case, and advise you how best to proceed. 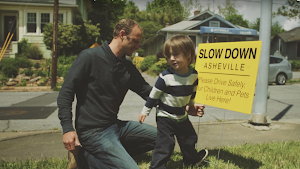